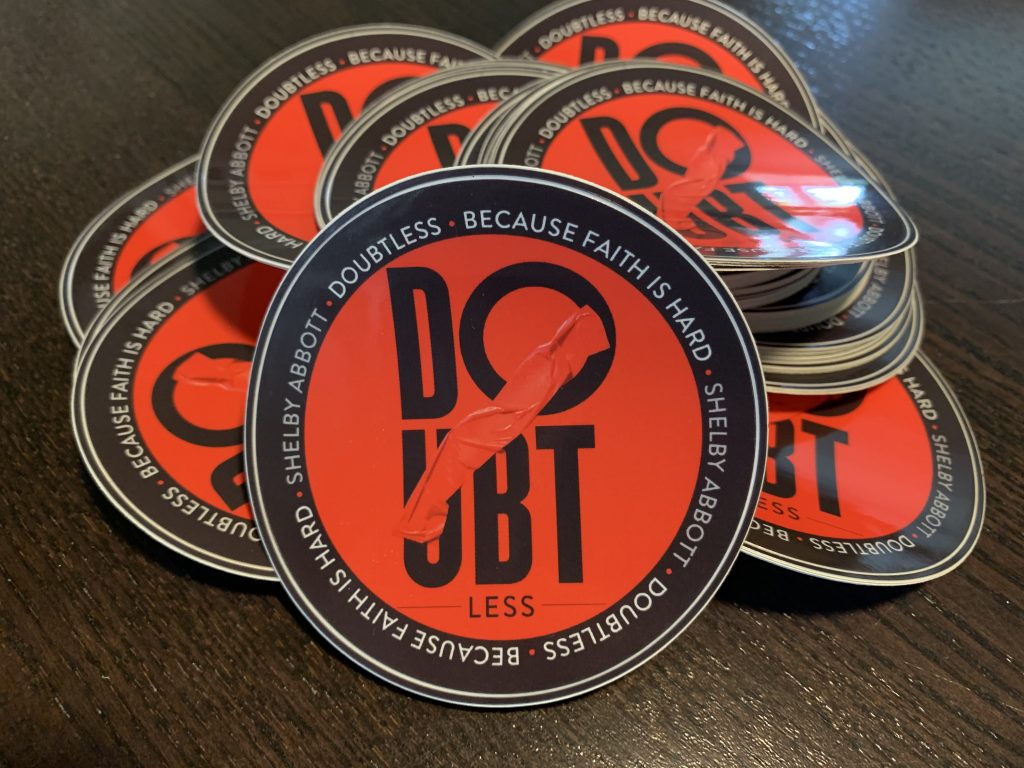 I’ve just sent out the first batch to everyone who asked for a free sticker, and now I’m ready for round 2!

Above is the image for a sticker that my publisher designed. They gave me a few hundred to give out to people, so if you’d like a free sticker for your water bottle, laptop, or favorite pair of skinny jeans, email me at shelby@shelbyabbott.com with your name and address and I’ll send you one for FREE!

No catch at all, just a free sticker. DoubtLess: Because Faith is Hard comes out in less than two weeks on August 17th!

Even though my next book will drop on August 17th, I actually have another book release coming from FamilyLife about one week later in August too. 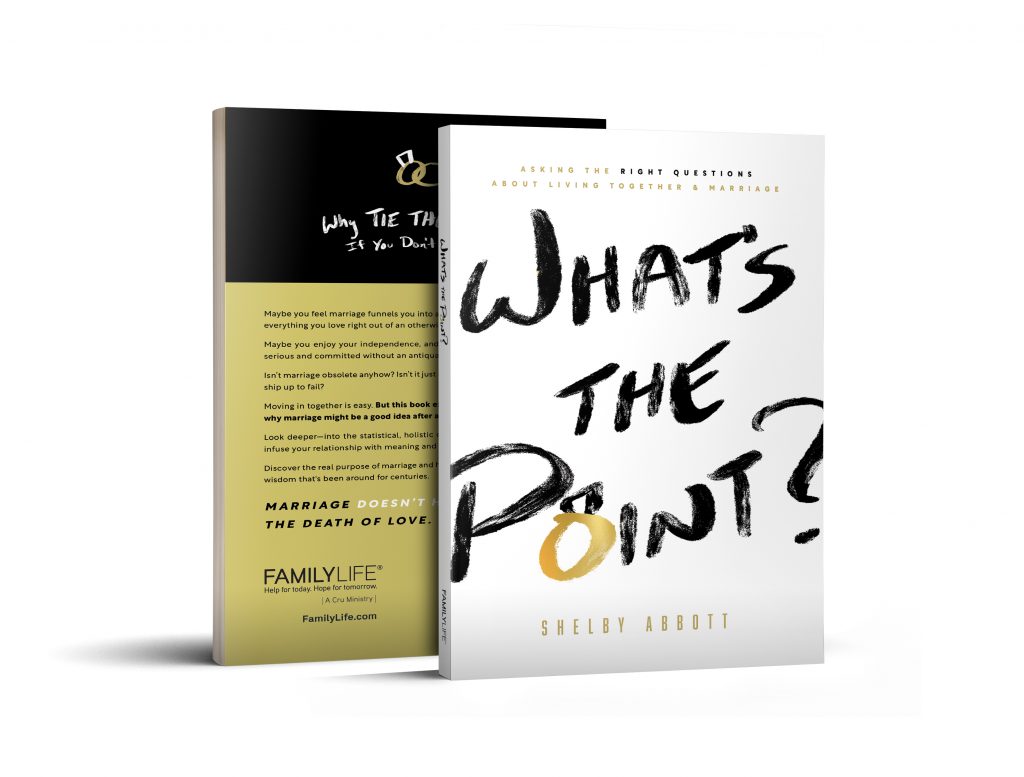 What’s the Point? will be a small easy read for anyone asking questions about living together and marriage. It’s aimed at a college-aged audience, and will help answer the questions related to cohabitation/marriage raised by nominally Christian or non-believing students.

I had a lot of fun writing this book, and I love the way the design turned out for it. I’ll drop a few more details for it once the release date gets closer, but for now, I wanted to announce that it’ll be arriving on the heels of DoubtLess: Because Faith is Hard next month.

It won’t be out until August 17 of this year, but my publisher New Growth Press is offering a chapter of my book for free! It’s available right now by clicking HERE. Enjoy! 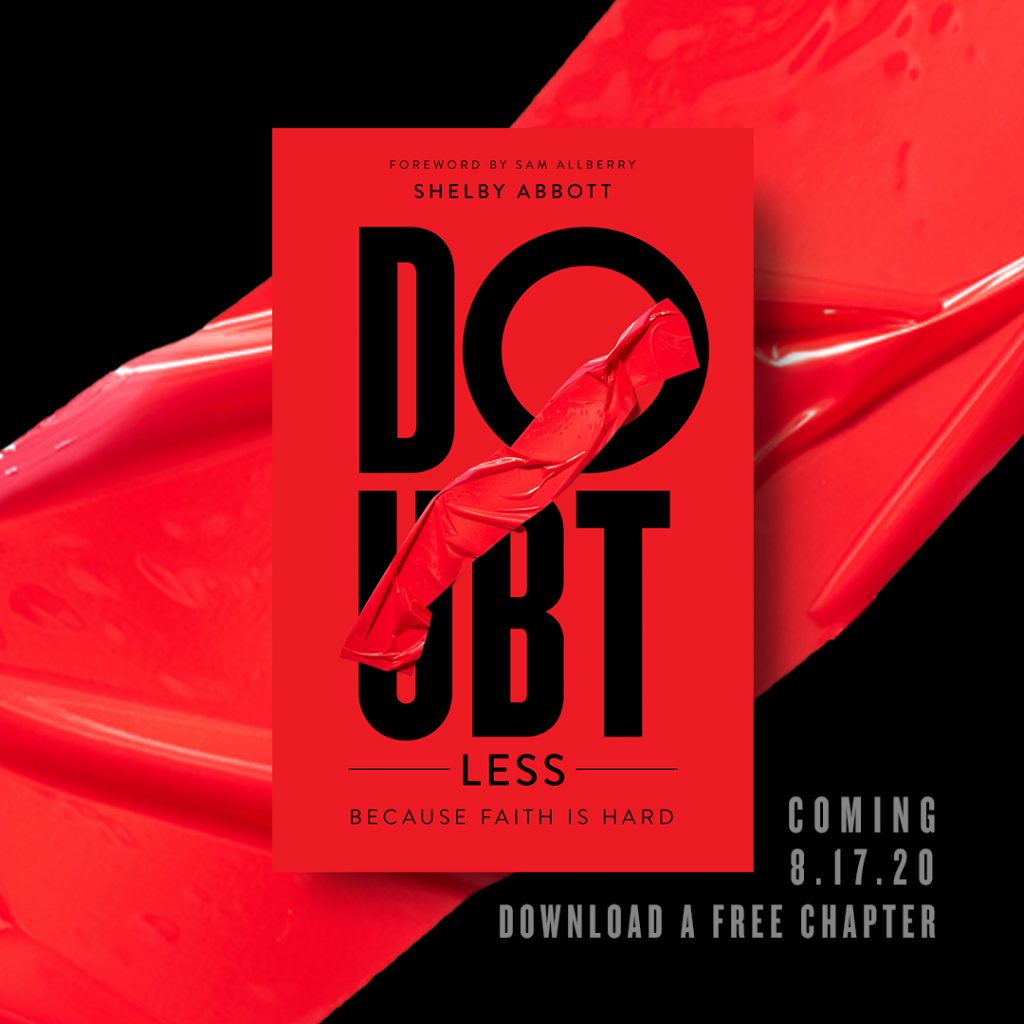 Normally each summer, I’m leading a stateside mission with 35 college students and 15 Cru staff in Ocean City, Maryland. This year, COVID-19 changed all that, and one of the many reasons I’m grieved not to be in OCMD is missing out on our weekly “working dinner.” 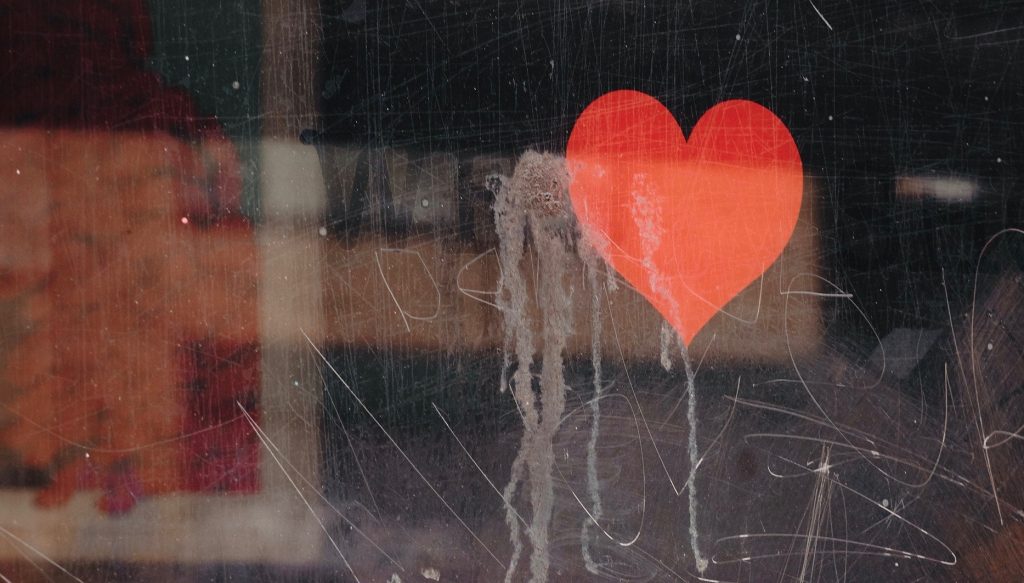 A working dinner is a time each week to enjoy a meal together as an entire mission while discussing a specific topic related to Christianity, life, missions, etc. And my favorite subject matter each year has to be the conversation about racial unity.

What we don’t seem to realize is that God’s boundary lines are an authoritative gift of his grace. In fact, the giving of the Law itself to the Israelites in the book of Exodus is a loving act of God’s favor extended to his people. 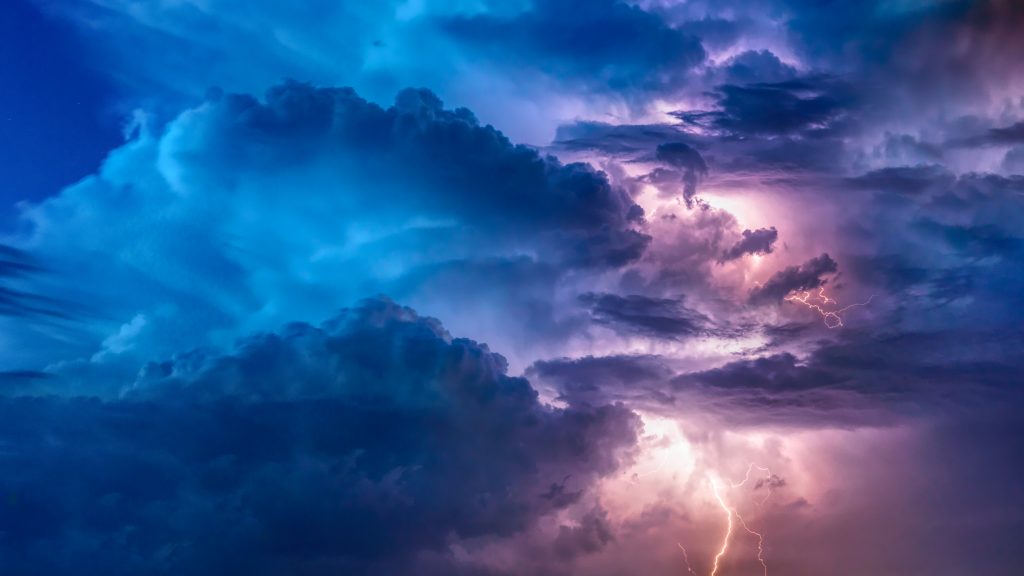 Now, authoritative law-giving and grace aren’t often closely associated with one another in the minds of many, because Mount Sinai generally correlates in our thoughts with thunder, lightning, thick clouds, fire, trembling, and rules. We see the giving of the Law as pretty scary, but all of the jarring noise and breathtaking visuals were more likely akin to a school teacher in front of an unruly room of students, calling for their attention and shouting, “Class! Class! Listen up! I’m going to speak now about something that’s extremely important.”

A few weeks ago, part of me thought it was ridiculous that colleges across the nation were shutting down for the semester because of the oncoming COVID-19 virus. Now, of course, we realize universities should have done it much sooner, along with many other crowd-gathering institutions. 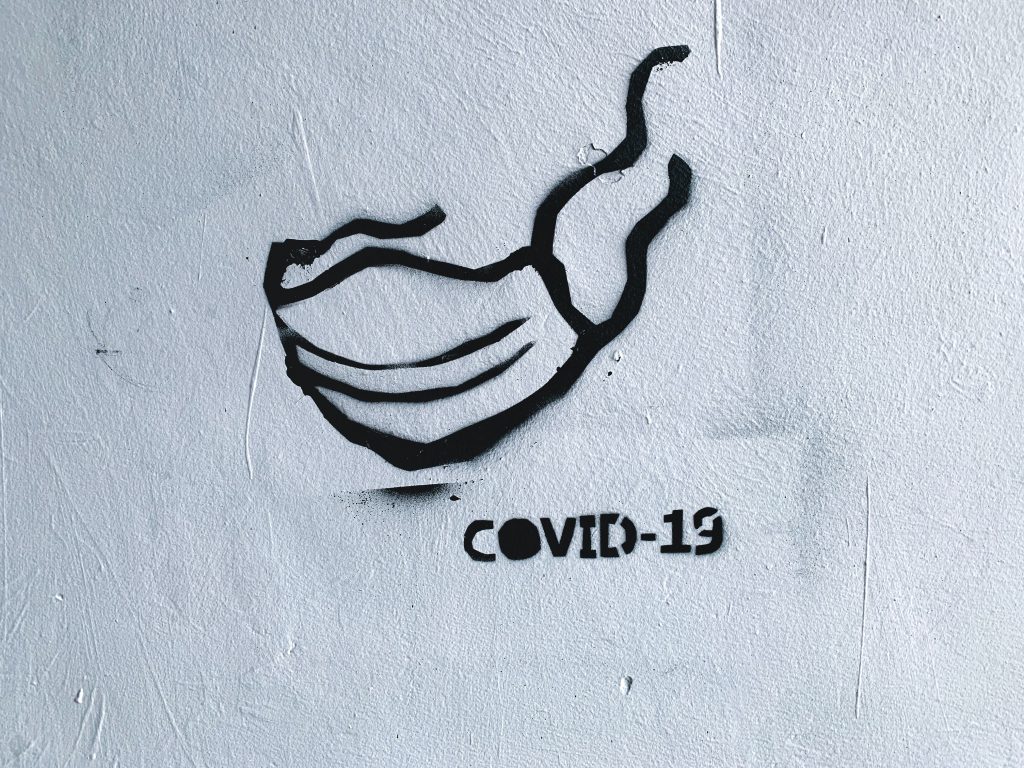 Nothing like a worldwide pandemic to show you how foolish and prideful you really are (me, not you).

As I sit at the beginning of another week, grieving the quarantine, it’s become quite clear none of us know what we’re doing. This is new for everyone. None of this is normal.

It can be truly said that people are freaking out. 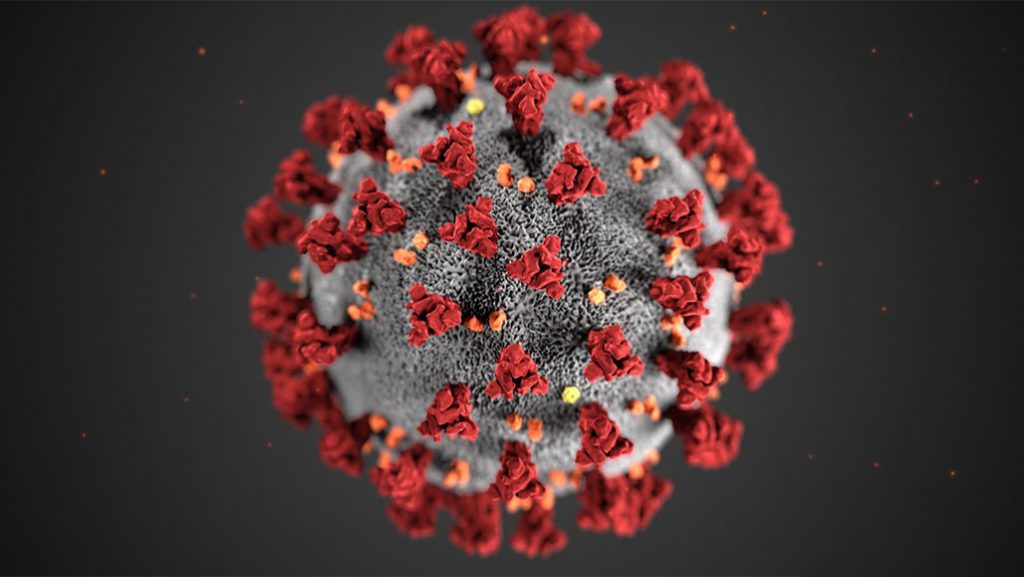 Because of the rapid spread of the Coronavirus (COVID-19), yesterday West Chester University was the next college to announce that it would be shutting down for the remainder of the semester. Classes will be held online, and the dorms will be closed. I’m sure more universities across the nation will follow suit in the coming days.

This is the next domino to topple over in a long line of dominos to come that could be extremely problematic. What’s going to happen to all the international students who can’t go home? What happens to the students who live off campus but work on campus as a way of earning income to pay for their tuition? Will the universities that close pay back the students who don’t have a place to live or a reliable internet connection for “attending classes” through the end of spring?

On Tuesday, January 21, 2020 Erin Selcher was admitted to Chester County hospital after experiencing severe abdominal pain. Initial scans showed that there were spots and a possible mass on Erin’s liver and pancreas. Further testing on January 24 confirmed the devastating diagnosis of Stage 4 Pancreatic Cancer. 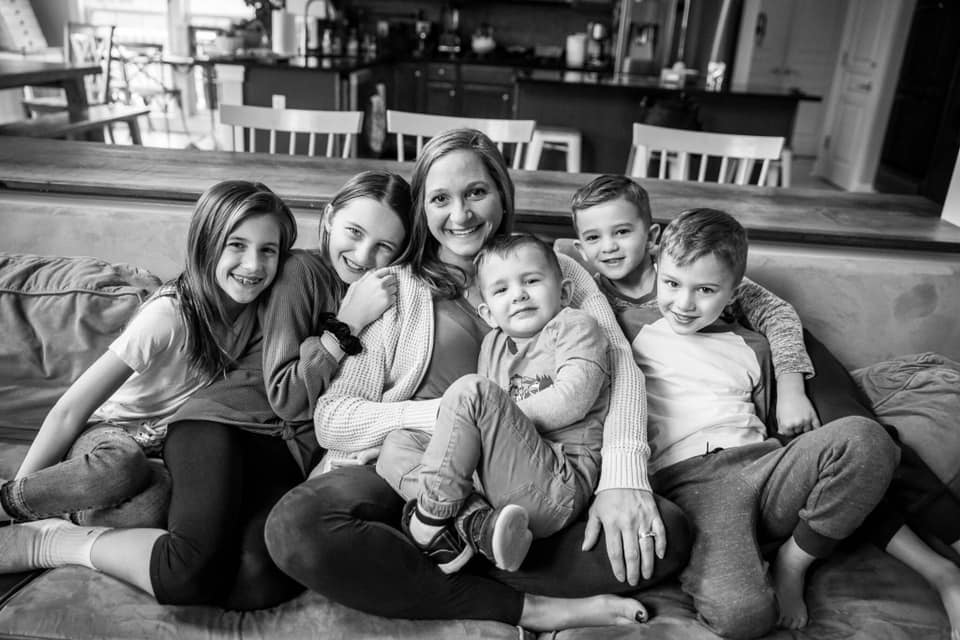 Erin Selcher with her 5 kids

Erin is married to Steve, and they have 5 children: Cambre, Lane, Jesse, Mac, and Torren John (“TJ”). She is currently undergoing stage three of her fight, with her third round of chemotherapy. The treatment happens every 2 weeks for a total of 12 weeks. The family continues to process this news and have been amazing at letting the community we’re a part of know as often as possible what they need to help them navigate the upcoming months as Erin fights this horrific disease.

We’re going into the entertainment industry. That’s what my friend Link Neal said to me on the phone in late summer/early fall of 2006. During the call, we were supposed to talk about our previous time together in the spring of ‘06, and how that was going to be a launching point for me to work intentionally with Rhett and Link the next year at a spring break evangelism conference Cru puts on called Big Break. I was (and still am) a full-time missionary with Cru, and so were they at the time. 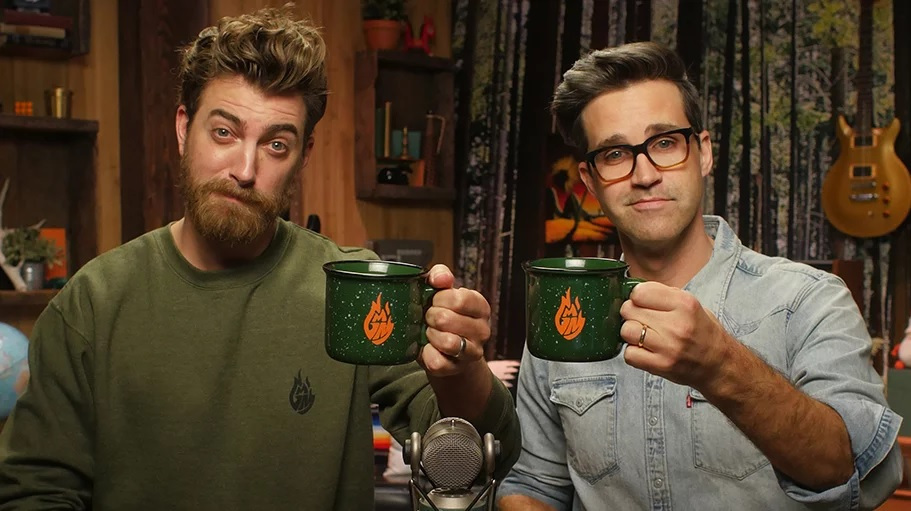 But during my call with Link, all of the plans changed.

Rhett and Link left Cru staff that year and went on to become YouTube’s most famous comedy duo on the internet. They created a daily show called Good Mythical Morning that currently boasts 16.2 million subscribers. If you haven’t heard of them, chances are someone you know probably watches their show online multiple times per week.

The purpose of a flashlight is to reveal the true facts of the physical world around us when we are unable to see it because of darkness. 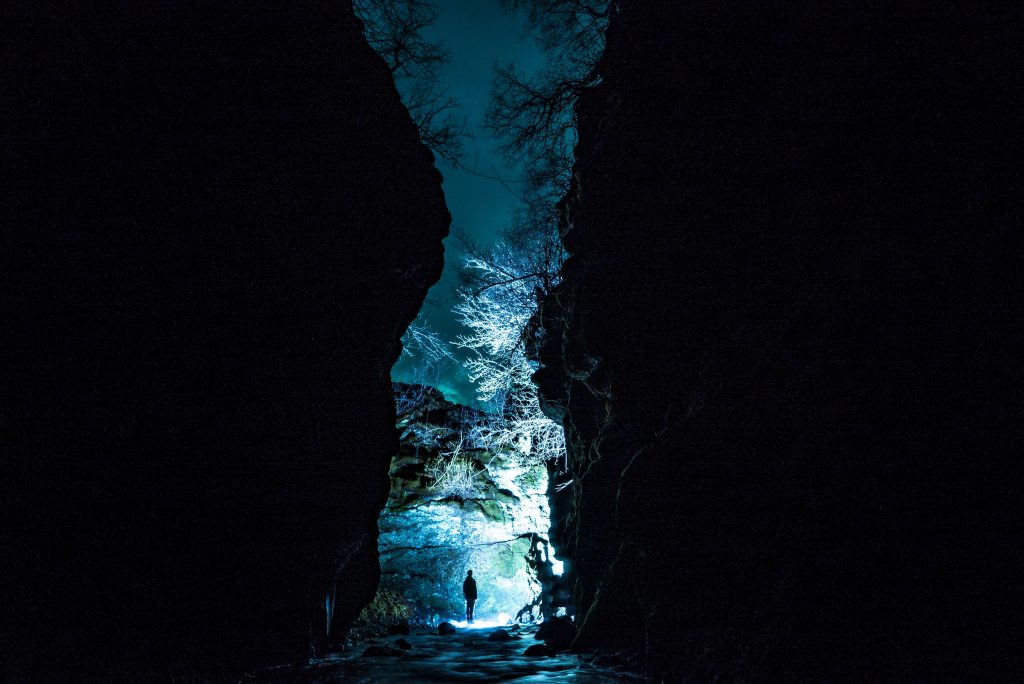 The light reveals what is actually there—it’s a truth revealer.