When I was a kid, I heard the urban legend about a couple on a date and parked in a car out in the middle of nowhere. As they kiss in the car, they hear on the radio that an escaped killer with a hook for a hand is on the loose and in the very vicinity of where this young romantic couple happens to be at that moment. They hear scratching sounds coming from the back of the car around the trunk, then outside the back door, then the side door where the girl is sitting in the passenger seat. They eventually drive away, but when they get back home and exit the car, they find a hook hanging from the passenger side door handle. Ooo. 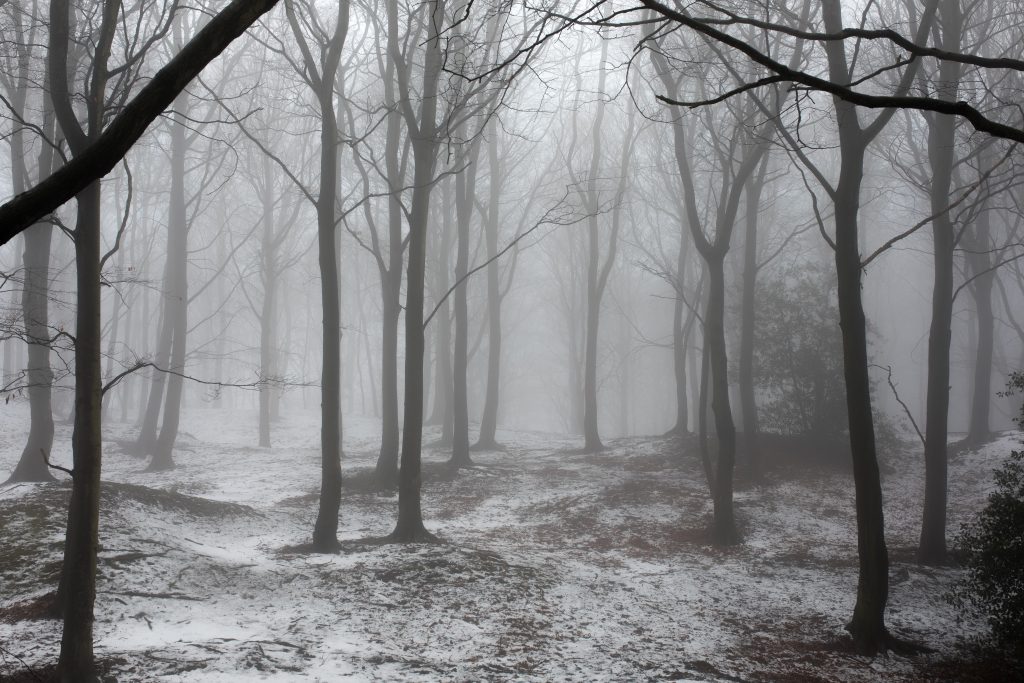 I’m not sure what this urban legend is supposed to teach us, other than the importance of auto insurance that covers scratches in the surface paint…or maybe that you shouldn’t park with your boyfriend/girlfriend in rural, unpopulated areas and plan on making out when there’s a murderer on the loose. Regardless, many have probably at least heard a version of this story at some point, and it’s stuck with us in one form or another because the story itself generates fear.

The vulnerability of kissing someone in a car coupled with the vulnerability of being easily attacked and killed while nobody else is around (also, with a hook), taps into the innate fear many of us deal with on a regular basis—fear of exposure, reciprocated affection, and intimacy paired with the fear of pain, injury, blood, the dark, evil, and the unknown. Plus a multitude of other things I neglected to mention that might make us bolt upright in bed at night, covered in sweat.

My point is that the urban legend is a tool used to generate fear, and fear is a powerful motivator that leads to action. Nearly every modern day click-bait that I see on social media or the internet in general is a tool that is manufactured to make you afraid and illicit a response. In the minds of the producers of such click-bait, they’re counting on the preexisting fear inside humanity to generate clicks (and therefore, revenue), regardless of the content. In other words, the goal of these people is to get you to click and look, not report the truth with integrity.

When writing about fake news and Twitter, Robinson Meyer of The Atlantic noted, “Falsehoods almost always beat out the truth on Twitter, penetrating further, faster, and deeper into the social network than accurate information.”1 In fact, he goes on to explain that in a study done by MIT, “Fake news could put together a retweet chain 19 links long—and do it 10 times as fast as accurate news put together its measly 10 retweets.”2

What does this mean? Well, it means that when it comes to information and the internet, we are probably all ten times more likely to see modern day urban legends in our social media feeds than honest, accurate news (at least on Twitter). Inevitably, we should all thoughtfully pause and ask ourselves, “Who or what is trying to control my mind right now, and who should I trust to control it? Five-alarm news articles that are potentially untrue or the Word of God?”

God is for us, not against us (Isaiah 43:1-5), therefore we need not be triggered into fear by the urban legends of our time. But what if the “urban legends” you are referring to are actually true? What then? you may ask. Well, even if every single one of them were true and doomsday was upon us all, God is still holding the nations in his all-powerful hand. I’d much rather fear the One who controls it all than the small-time threats of this world.

Fear is appropriate when it comes to the holy awe and reverence we should have for God himself, not measly people who can do nothing more than kill our bodies (Matthew 10:28-31). The Bible tells us that we should not be afraid more than any other command in Scripture, and because we know that the instruction itself comes from the lips of the One who values and loves us to the heavens and back, we should be at peace. Our faith in his goodness guides us toward peace—a peace that rests in the relaxed confidence of his sovereignty when we’re tempted to doubt it.

The gospel helps us clearly see that we are infinitely loved despite our infinite guilt. Christ’s work on our behalf expresses the lengths God goes to in order to rescue us from his wrath because of our sin. This fact alone, once absorbed down into the deepest parts of our hearts, should expunge the fear we have when dark news or rumors of dark news spread across the internet.