This is a sentence I’ve heard uttered to me many times in my adult life. And early on as a young single man in my twenties, I’d often retort with, “I’m five-foot-six when I’m wearing shoes—I am not intimidating!” 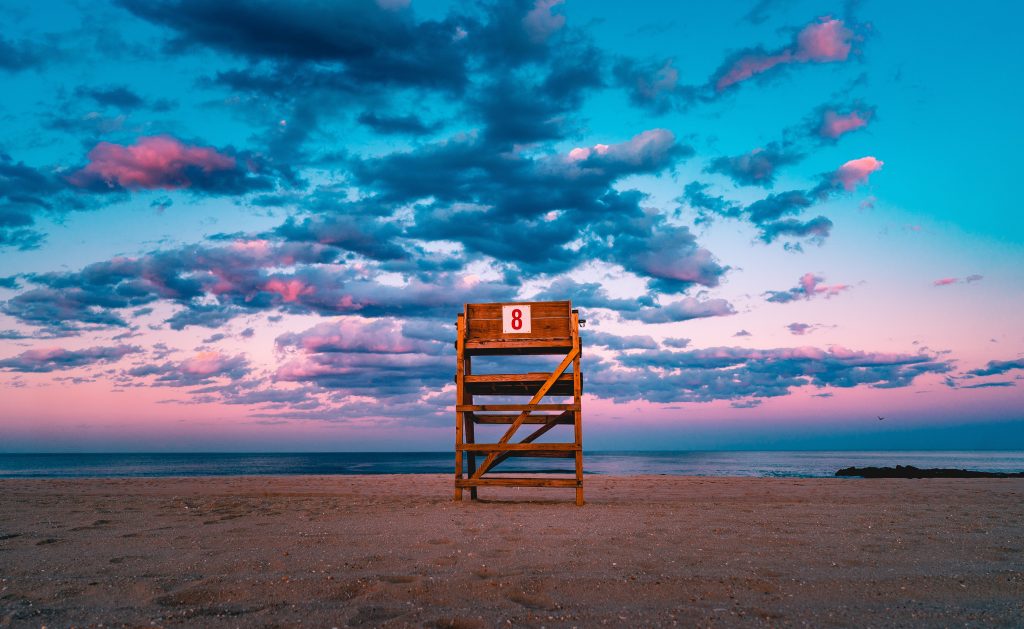 But after getting married and continually being told that I’m intimidating by the people in my circle of influence, along with my actual wife admitting the same, I started to wonder, “Maybe I am intimidating to other people…but why?”

I think it will helpful to start by letting you know that I’m a military brat. My dad was in the Air Force when I was growing up, and on average, my family and I moved every two years or so. But after a rare four-year stint in northern Virginia from my sixth grade year up to my freshman year in high school, the real challenge began.

My freshman year was in Stafford, Virginia. My sophomore year we moved to Montgomery, Alabama. My junior year we moved again to Great Falls, Montana. And my senior year, my family moved to Panama, Central America while I stayed behind to live with another family and complete high school in the states. Needless to say, it was a turbulent time for me.

Every year of high school brought challenges that my peers didn’t have to face: making new friends, learning new rules, getting used to a new environment, and understanding new social norms are just a few examples of hurdles I had to jump over with each new school year. And while I experienced a fair amount of traumatic events in those years, that time also shaped me into the person I am today. No, I wouldn’t want to do it all over again, but at the same time, I’m deeply grateful for how the Lord used it in my life.

According to the tests, the reading I’ve done, and the opinion of those who are closest to me, I am an eight on the Enneagram. Yes, I’m the dreaded type eight—the challenger. In fact, the Enneagram Institute admits I’m the “powerful, dominating type who is self-confident, decisive, willful, and confrontational.”

The type eight has a basic fear of being harmed or controlled by others, and the basic desire of an eight is to protect themselves or be in control of their own life. Some examples of eights are Franklin D. Roosevelt, Winston Churchill, Martin Luther King Jr., Clint Eastwood, Frank Sinatra, Serena Williams, and even Dr. Phil McGraw—in my opinion, I’m in good company with these folks.

Additionally, you can probably see how easy it is, then, to draw a straight line from my ever-shifting military upbringing to the Enneagram type eight I just described.

Because life was so unpredictable for me as a high school kid, I now crave to be in control of my environment, and will (at times) do so intimidatingly when I feel threatened. Sometimes this is a bad thing, and I share my opinion quite forcibly with others, which can frighten or intimidate. Other times, however, this can be a great thing, because I adamantly defend what is true and fair.

For example, on the negative side, I remember getting really fired up and venting to my wife when a friend of mine had done something that (in my opinion) was selfish and unkind. I didn’t know the whole story, but I remember throwing my friend under the proverbial bus in front of my wife, casting him in a villainous all-bad light. As it turned out though, when I learned the details about my friend’s “selfish and unkind” actions and what was going on behind the scenes, I was partly wrong about my friend and the conclusion I came to because of what I inaccurately observed.

Type eight’s like me have a tendency to jump to strong conclusions when we sense oncoming harm or unfair situations, regardless of what the nuanced truth might be because we’re temperamental, and this can lead quite easily to sin.

On the more positive side, however, eights have a tendency to stand up for what is right and truthful in a forceful way when the situation calls for needed protection.

Recently, some friends of mine who are involved at a local church I don’t attend had one of their leaders teaching some clearly heretical and anti-biblical things from up front to a number of easily-influenced college students. I received first-hand proof that this leader was communicating something that was a false gospel, and passing it off as truth to a young demographic I care deeply about.

I got involved immediately, and worked with some of the other leaders and pastors at that church to call out the heretical teaching and discipline this leader appropriately.

Now, I don’t go to this church, so why did I get involved? Because the thing I love the most in life was being threatened—the gospel of Jesus Christ—along with the people I care about deeply to help walk with God for a lifetime; namely, college students. The gospel and those young people were at risk of being harmed, so my “eight-ness” kicked into high gear quite fast, and that was certainly a positive thing.

Enneagram type eights often get a bad rap because of our intimidating nature and strong opinions. I get that, and I certainly need to work on the negative part of my personality that has been deeply affected by my sin and the sin of others toward me. When I’m under stress and don’t walk with God, I can be fearful, secretive, suspicious, aggressive, and withdraw from others.

But the negative stereotype of Enneagram eights isn’t the complete picture of who I am. When aligned with the gospel, I can be soft, optimistic, encouraging, and tactful with others because I’m reflecting those admirable traits found in my Savior. Eights are prone to sharing more of their hearts and their relationships can flourish because they resolve disagreements faster and more thoughtfully.

The gospel brings out the best the Enneagram eight has to offer, because Jesus is in the business of changing lives. He says in Revelation 21:5, “Behold, I am making all things new,” and as a result, the natural old things of history before Christ have passed away with its fear, insecurity, and domineering nature. New things have come (2 Corinthians 5:17), and they are encouraging, optimistic, caring, courteous, and protectors of the truth.

Sure, I might come off as intimidating, but Jesus is redeeming those negative parts of my life…and I like the results I’m seeing as he works.

2 thoughts on “The Infamous Enneagram 8”