I was interviewed yesterday for a podcast on the release of my new book, and during the interview, I mentioned an article I wrote several years ago about the ethnic diversity in the movie Furious 7. 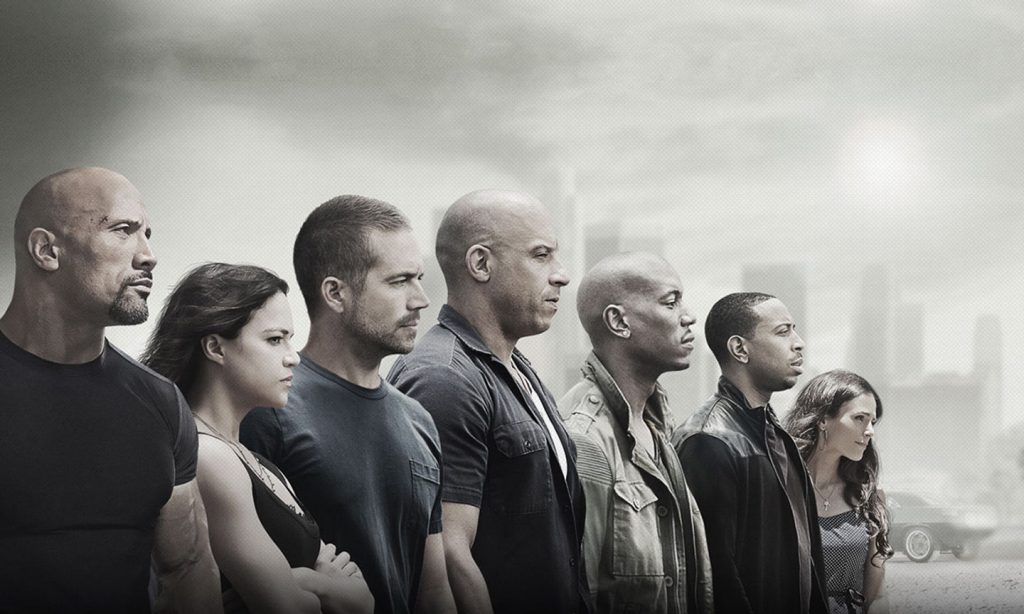 After hunting for it for a while, I came to the conclusion that the article was lost in cyberspace, so I scoured my computer and found the original text document. Below is the original article from April 6, 2015 that I’m reposting here today. I love the Fast and Furious franchise for several reasons, but this article highlights an important one. Enjoy the throwback on this Thursday.

It’s no exaggeration that Furious 7 absolutely destroyed the box office this weekend. It shattered the April opening weekend record of $97.3 million (previously held by Captain America: The Winter Soldier) by over $46 million.

Pretty much everyone knew that the latest installment of the Fast and Furious franchise would do well, but I’m not sure anyone was expecting this kind of response. No doubt, the death of actor Paul Walker was a major reason it was such a draw (and will continue to be one in the coming weeks), because he was tragically killed in a car accident during the filming of the movie, making it his final work.

I went to see Furious 7 on opening night with a buddy of mine, and truthfully, the movie was everything I wanted it to be. It had heart, action, thrills, and humor, along with a tribute to Walker that couldn’t have been a more touching and perfect way to send him off. I loved it.

But as good as all of those reasons are to go see this movie, they aren’t why I believe Christians should care about this film and the others in the franchise. When I was in the theater, I sat in the same row as five white college girls, while behind me were four young Black men, and in front of me were four Latinos. The theater was packed (of course), and it was one of the most diverse settings I’ve seen in the past year of my life. Theater 1 of my local Regal Cinemas was the perfect picture of a melting pot. This should inevitably lead to the question: why?

Well, if you haven’t been paying attention to the trailers or other media hype around the Fast and Furious movies, it’s probably the most ethnically diverse movie cast in recent history. The cast is made up of latino, black, white, asian, and multi-racial men and women—all led by directors with multiple ethnicities. Rob Cohen (white) for the first, John Singleton (black) for the second, Justin Lin (asian) for 3, 4, 5, and 6, and James Wan (also asian) for 7. What other film franchise has that kind of ethnic diversity in it? It’s amazing!

And that kind of diversity has certainly translated over into a diverse audience. Like I said, my 8:15 PM showing on Friday night was certainly diverse, and according to The Hollywood Reporter, 75% of the viewing audience in North America for Furious 7 this weekend was non-white, generally in line with its previous installments. Hispanics made up the majority of ticket buyers (37%), followed by Caucasians (25%), African-Americans (24%), Asians (10%), and other (4%).

Universal is the studio responsible for the distribution of Furious 7, and their president of domestic distribution Nicholas Carpou said, “Someone I admire quite a lot recently said this is a franchise that really looks like America, and there are characters that everyone can relate to. I think that’s a big plus.”

The Fast and Furious movies do look like America, and regardless of whether or not you enjoy action spectacles like Furious 7, any reflection of America should be of interest to followers of Jesus Christ.

Something about these films resonate with people of multiple ethnicities, and if we care about connecting all people with the gospel of our Lord and Savior (regardless of the color of our skin), we should care about what people obviously enjoy. This is what it means to be Christians of relevance.

Hebrews 12:14 calls followers of Christ to live at peace with all people (be in the world), and to be holy (not of the world). Sure, the movie is rated PG-13 and it has some booty shaking in it, along with a few other things that give it that rating, and I’m not condoning that at all. However, Christians are infamous for missing the forest for the trees by condemning the sin so much that we forget about the obvious opportunities we have to relate to so many people by being culturally aware of what drives (pun intended) this generation.

The amount of money this movie made over the weekend should make us all wonder, “What’s the big deal about this?” and, “Why do so many people want to see it?” It should also make us curious about the kind of stuff Hollywood produces that touches multiple ethnicities at one time.

I believe Furious 7 is an important movie for multiple reasons, but it’s importance should be examined by Christians for reasons they may not even be aware of—it’s ability to help all of us connect with people who are different than we are, regardless of our race.

So with that, I recommend you go see Furious 7 while it’s in the theater, look around while you’re there, and drink in the cultural diversity. Learn about what makes this multi-racial film so appealing while you watch Dom and the rest of the gang kick some butt and drive their cars through the air…literally. You’ll enjoy it for the spectacle, and you’ll enjoy it for the education it gives you.