Taylor Swift is turning thirty in December. In light of that, Elle recently published her article about the 30 things she learned before turning 30. The list has since become a massive trending topic on social media, because people like me and my wife are mildly-to-obsessively interested in nearly everything Taylor Swift puts out there for the world to see. 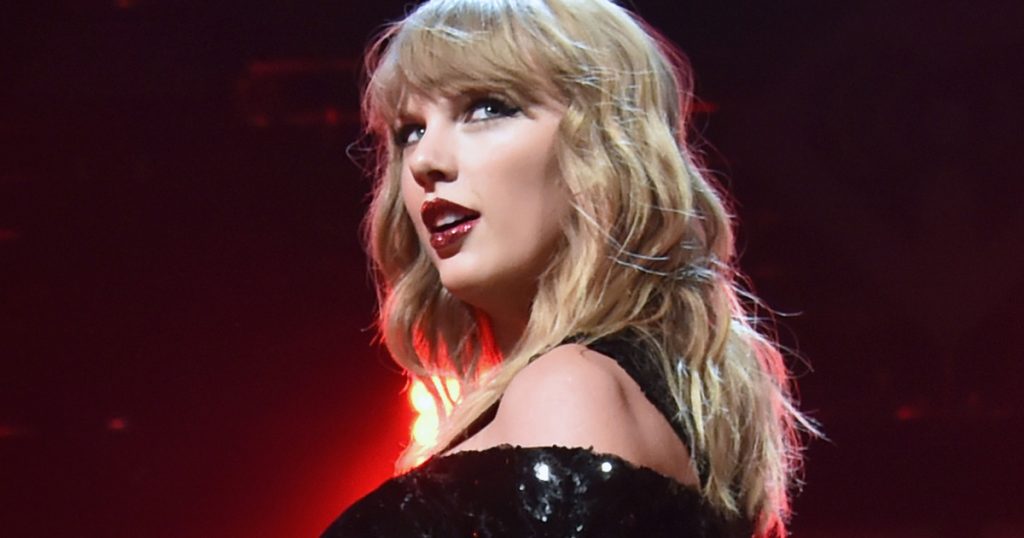 In her list, Swift beautifully blends heart with humor, along with practicality and purpose (her love of Command Strips to hang things on the wall, for example, was both funny and functional).

Sure, there are plenty of things on her list I disagree with. A few I’m neutral about. Another handful I can’t relate to. But honestly, I also believe Taylor Swift gets some of it right. Therefore, here is my spin on the five things she gets right on her 30 birthday lessons …

1. She has learned to “block some of the noise.”

Swift reveals that one thing she does to lessen the negative effects of social media is to turn off comments. This helps her to not focus as much on the validation or condemnation of internet commentary. Instead she uses social media as a way of communicating with her fans.

This is smart and mature for not only a celebrity, but for all of us as well. I’ve found that comment sections online quickly digress into the digital equivalent of bathroom stall graffiti—unhealthy and unholy. The temptation, of course, is to drink in the approval of others and/or trade blows with the haters. But both cases can be incredibly unwise.

If we form a habit of counting the “likes” or calculating the positive comments, our identity easily becomes built on the approval of others. Likewise, if we fester on the negativity or slander digitally thrown in our direction, life can spiral into anger, depression, and hurt.

Remember that as Christians our identity is not in what others comment about us (positively or negatively), but in Christ Jesus, who loves us dearly and died so that we might live (Galatians 2:20).

2. She has learned to apologize appropriately.

Swift says that making excuses for yourself in an apology like, “I’m sorry, but…” is not a sincere apology. She’s right.

If you start an apology off with, “I’m sorry, but…” or “I’m sorry if…” you’re not really apologizing.  The “but” apology eludes blame by giving an excuse for your actions. Translation: “It’s not my fault.” Similarly, the “if” apology avoids blameworthiness too. The translation for an “if” apology is: you’re being too sensitive.

We all need to learn how to apologize appropriately. Christians in particular should be leading the way in this. True apologies accept blame without resignation.

The only conjunction they should include is “that.” “I’m sorry that…” We must take responsibility for our actions without making excuses for them. This will heal broken relationships and point others toward the ultimate restorer of relationships—God Himself.

3. She has learned to be okay with not knowing what to say when friends go through trials.

Swift says it’s okay if you don’t have any advice for someone when they’re hurting. Because you don’t have all the answers. Your support and care are what someone needs, not platitudes.

Again, she’s right…and I think Christians can really learn from this perspective. Why? Because Christians are often guilty of trying to explain away pain and suffering by putting a spin on things when trials are causing agony in someone’s life.

If someone you know is smack in the middle of deep hurt or misery, quoting Romans 8:28 to them can easily come across as cold comfort. Is Romans 8:28 true? Of course it is! But discernment on when and how to communicate is of tantamount importance to what you communicate.

If someone has an awful sunburn, you don’t slap them across the back the day after they were torched. They need time to heal, so be a balm in the lives of our hurting friends because if Jesus wept when his friends were hurting, we can weep with people too (see John 11:28-44).

4. She has learned that healthy communication is the antidote to mind games.

I was happy to read this on Taylor’s list, because I don’t feel like the lyrics of her songs always communicate the depth of maturity they should for a woman her age. She seems to be growing, and that’s encouraging.

1 Corinthians 13:11 says, “When I was a child, I spoke like a child, I thought like a child, I reasoned like a child. When I became a man, I gave up childish ways.” This verse always seems like an Apostle Paul mic drop, because it’s awesome.

When someone plays mind games with another person by manipulating to get what they want, to incite a reaction out of someone, or to inspire jealousy, that person has the maturity equivalent of a child. Why? Because little boys and little girls send mixed messages and play games.

When we’re clear and uninterested in messing around with another person’s heart like a play-thing, it builds vulnerability, trust, honesty, and eventually a strong bond. Healthy communication is the antidote to the poison of manipulation and mind games.

5. She admits that in the past she’s been way too hard on herself in the face of failure.

Taylor Swift said punishing herself when she failed was always far worse than the punishment others could give her—and that wasn’t okay. In other words, she had a lot of trouble forgiving herself if she ever messed up. Swift goes on to say that she now tries to actively forgive herself for her bad choices in the past.

Now, is she coming at this from a biblical perspective? No, but it is interesting how many times I’ve heard Christians say something like, “I know God forgives me for what I’ve done, but I just can’t forgive myself.” A statement like that might sound humble on the surface, but in reality, it’s actually quite arrogant.

If God can forgive you, but you can’t forgive yourself, you’re essentially saying that your opinion and evaluation carries more weight than God’s. It’s a way of putting your self-judgment of greater importance than the God of the universe. How silly … how prideful!

Scripture tells us that “if anyone is in Christ, he is a new creation. The old has gone, the new has come” (2 Corinthians 5:17). If you are a Christian, you are a new creation in Christ, and God counts you as not guilty. Not because of how great you are, but how great His Son is as our substitute.

If God forgives your sin in Jesus (and he does), that is the final word on the matter. He is the Creator. You and I are the created. So His opinion is the only one that counts. Punishing yourself is pointless because it is an attempt to add to Christ’s atoning work on the cross.

Again, I’m glad to see how Taylor Swift is growing. Your thirties are a time when you can really settle into who God made you to be because you have a few decades behind you that have helped you discover what you’re good at and what you enjoy. Swift may not share my perspective on the God front, but I’m hopeful this new maturity she’s displaying spills over into her writing career as a musician.

As a Taylor Swift fan, I’m ready for it.